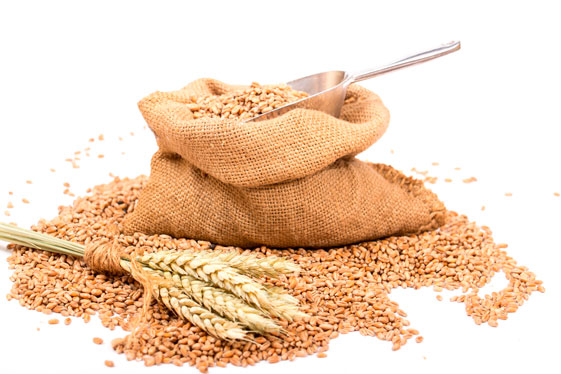 Palm kernel oil can be used to feed animals. In this article we review its production process and its composition, and give guidelines for its use as an ingredient in livestock rations.

Palm kernel oil (PKO) is extracted from the seed (nuts or kernel) of the African oil palm. It is a very stable oil, high in lauric acid.

The widespread use of palm oil, and the higher yield of Asian species, have shifted the production hub from West Africa to Southeast Asia. This has resulted in a desired change towards new varieties, with higher proportion of palm pulp and less seeds (K.G. Berger, Encyclopedia of Food Sciences and Nutrition, 2003).

There are differences between African and Asian varieties regarding the characteristics of the fruits.

Currently, there is a drive to obtain new seedless varieties.

The fruits grow in bunches weighing between 50 and 65 kg.

It is possible to separate up to 2000 kernels, representing 10-15% of total weight

The weight of 1,000 kernels is between 6-10 kg. They are dried at 60°C and mechanically opened. They contain 4–50% of oil, depending on the cultivated hybrid and the on region.

There is a large variation on the fatty acid composition of the kernels. In the samples reported in Table 1, there was higher variability between seeds of the same origin, than between seeds of different origins.

The storage of palm kernels do not have to be done near the plantation. Thanks to its hard coverage, the seeds can be transported and stored without any risk. Despite this, the production of kernel oil usually happens in the country of origin.

Figure 1 shows the steps involved in the processing of palm kernel oil.

Figure 1. The process of extraction of palm kernel oil

Due to its high content of saturated fatty acids (>80%), palm kernel oil begins to solidify at around 20°C.  Lauric acid is the most abundant fatty acid; 99% of the palm kernel oil triglycerides contain at least one molecule of lauric acid.

99% of the palm kernel oil triglycerides contain, at least, one molecule of lauric acid.

Tables 2 and 3 describe the chemical composition and characterization of PKO (Codex Alimentarius Commission, 1999). The high prevalence of lauric acid, which gives it hardness at room temperature, combined with a low melting point, makes PKO very resistant to oxidation. Coconut oil and palm kernel oil are almost entirely substitutable for each other (Table 5). Therefore, their prices are strongly correlated.

Table 4 shows the composition of PKO in comparison with coconut oil and palm oil (note that palm oil is produced form the pulp of the fruit surrounding the kernel, whilst palm kernel oil is extracted from the soft part of the seed).

The palm kernel oil can be distilled through a process that includes deacidification and deodorization, resulting in palm kernel fatty acid distillates (PKFAD). This product, derived from the refining process of palm kernel oil, has higher concentration of medium chain fatty acids.

The product contains high levels of medium-chain free fatty acids (more than 70%) and, among them, 48-50% of lauric acid and other compounds from palm kernel oil, such as mono- and diglycerides, sterols and tocopherols, are all obtained by distillation. The content of medium-chain free fatty acids indicates a high antimicrobial activity, particularly the lauric acid.

Use in animal feeding

The use of palm kernel oil is more relevant in pig and poultry production since they convert energy into finished products more efficiently.

Due to its behaviour in the rumen, the use of this product has attracted great interest in ruminant diets.

Medium-chain fatty acids (MCFA), such as the lauric acid (LA) and the myristic acid (MA) have antiprotozoal properties and, by association, have a variety of effects on the formation of fermentation end-products and on methane production in the rumen.

The reductions in the concentrations of ruminal methane, as a response to the inclusion of lauric acid, may reflect a reduction of proteolysis and deamination. At the same time, it can be the result of a more efficient conversion of ruminal ammonia into microbial proteins, leading to an overall improvement in the efficiency of nitrogen use in the diet.

MCFA also have effects on the finished products. A meta-analysis of 60 trials in human subjects concluded that the use of lauric acid has effects on total cholesterol:HDL ratio that are more favourable than in any other fatty acid evaluated. This indicates that the milk containing with MCFA contents may offer potential benefits with respect to human nutrition and health.

Because urine urea is the main source of ammonia emitted from the manure, the formulation of diets that reduce urea excretion is also fundamental to decrease ammonia emissions from manure.